26 May: Feast of Saint Philip Neri 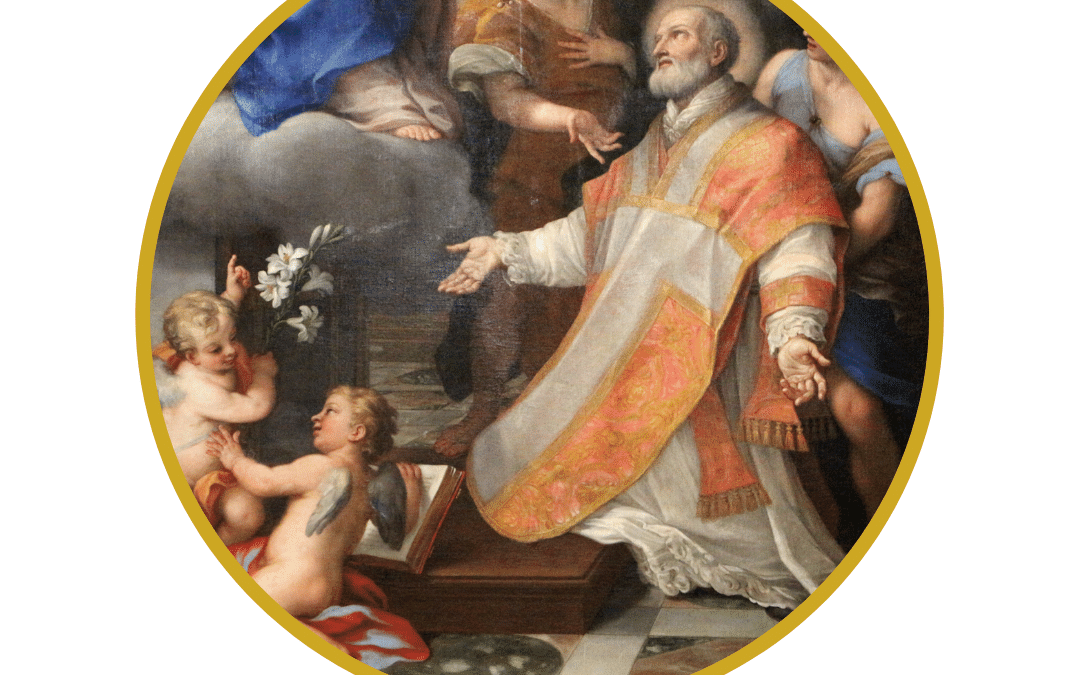 26 May: Feast of Saint Philip Neri. Born in 1515, Philip Neri gave up material wealth at the age of 17 and chose to serve God instead of a career in business. He went to Rome and studied philosophy and theology until he thought his studies were interfering with his prayer life. He then threw away his books. After dark he would go to the catacombs to pray. One night, he felt a globe of light enter his mouth and sink into his heart. This gave him so much energy to serve God that he went out to work at the hospital of the incurables and starting speaking about God to everyone from beggars to bankers. Philip found the city of Rome suffering great spiritual deterioration due to ill effects of the Renaissance. Philip committed to re-evangelize Rome. He began with the youth. Philip did pilgrimages for children to keep them out of trouble. He took them to the seven churches of the city, talking all the way and opening their hearts with his joyful spirit. (The practice of pilgrimage to the seven churches is still followed, especially on Holy Thursday.) Philip also reached out to businessmen, giving talks on theology and religion, followed by prayers. These gatherings grew in great numbers. After his ordination into the priesthood, Philip remained a champion of the Faith. He instituted the devotion known as Forty Hours, in which the Blessed Sacrament is exposed for 40 hours while continuous prayer is made. He established a group of priests, the Oratorians. St. Philip was known for his burning love of God. So ardently did this fire of divine love affect him that once during Pentecost the beating of his heart broke two ribs. It was a wound that never healed. For years, Philip worked tirelessly in Rome. He revived the practice of frequent Holy Communion. He promoted frequent confession, himself spending hours a day in the confessional. As a confessor he was in great demand; among his penitents was St. Ignatius. Philip made himself available to everyone at any hour, even at night. He said: “They can chop wood on my back so long as they do not sin.” Humility was the virtue he most tried to teach others and to learn himself. When one man asked if he could wear a hair shirt, Philip said yes – if he wore the hair shirt outside his clothes! The man obeyed and found humility in the jokes he received. There are stories of Philip himself wearing ridiculous clothes or walking around with half his beard shaved off. The greater his reputation for holiness the sillier he would be for the sake of humility. On the Feast of Corpus Christi in 1595, Philip’s doctor told him his health was poor. Philip realized it was his time to go to God. The rest of the day, he listened to confessions as normal. Before heading to bed, Philip stated, “Last of all, we must die.” That night, Philip suffered a heart attack and died. Four years later, his body was exposed and found in good condition. It was moved to the new Oratorian Church, Chiesa Nuova, where it rests today. He was beatified by Pope Paul V in 1615. In 1622, Pope Gregory XV canonized St. Philip Neri with the title “The Apostle of Rome.” He is the patron saint of Rome, United States Army Special Forces, humor and joy.

“Cheerfulness strengthens the heart and makes us persevere in a good life. Therefore the servant of God ought always to be in good spirits.”   – St. Philip Neri

Ideas for celebrating this feast at home: