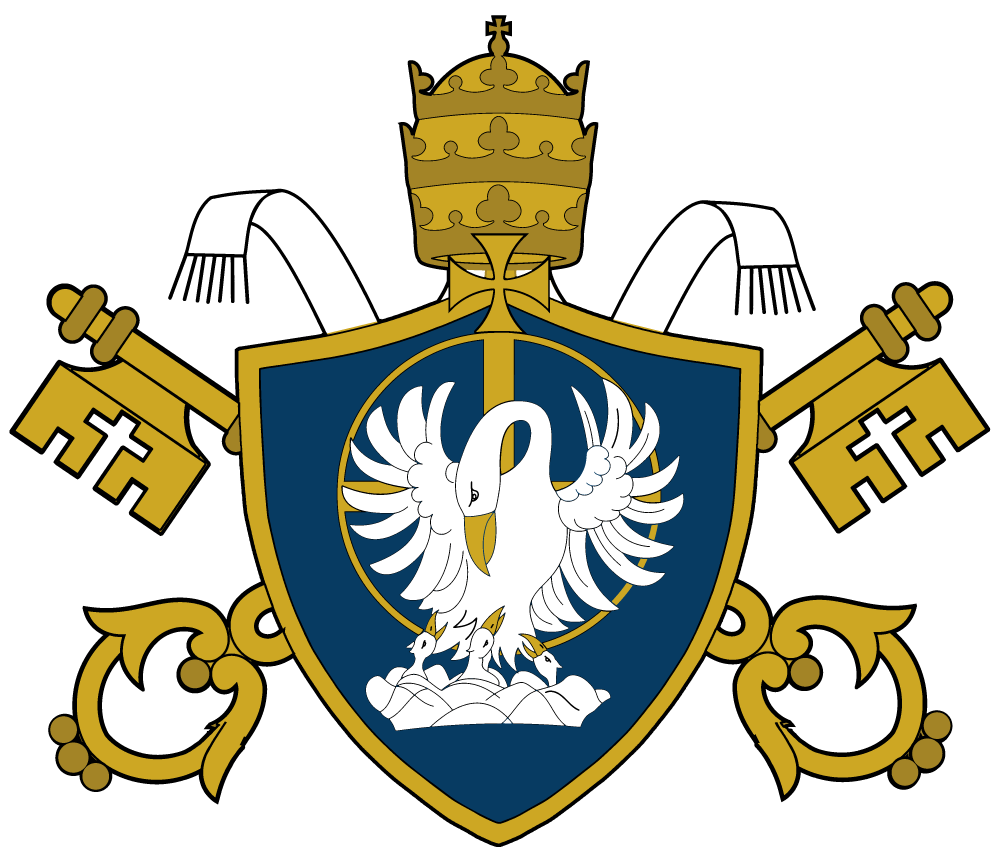 According to legend, in a time of famine a mother pelican would draw blood from her own chest and give the blood to her chicks.  Thus the pelican symbol in Christianity, also called pelican-in-her-piety, symbolized the sacrifice of Christ on the cross (because he gave his blood for others) as well as the Eucharist (because it represents Christ’s blood and provides spiritual nourishment).

The papal keys symbolize the devotion of the parish to the Successor of St Peter as the guarantor of unity in the Church.